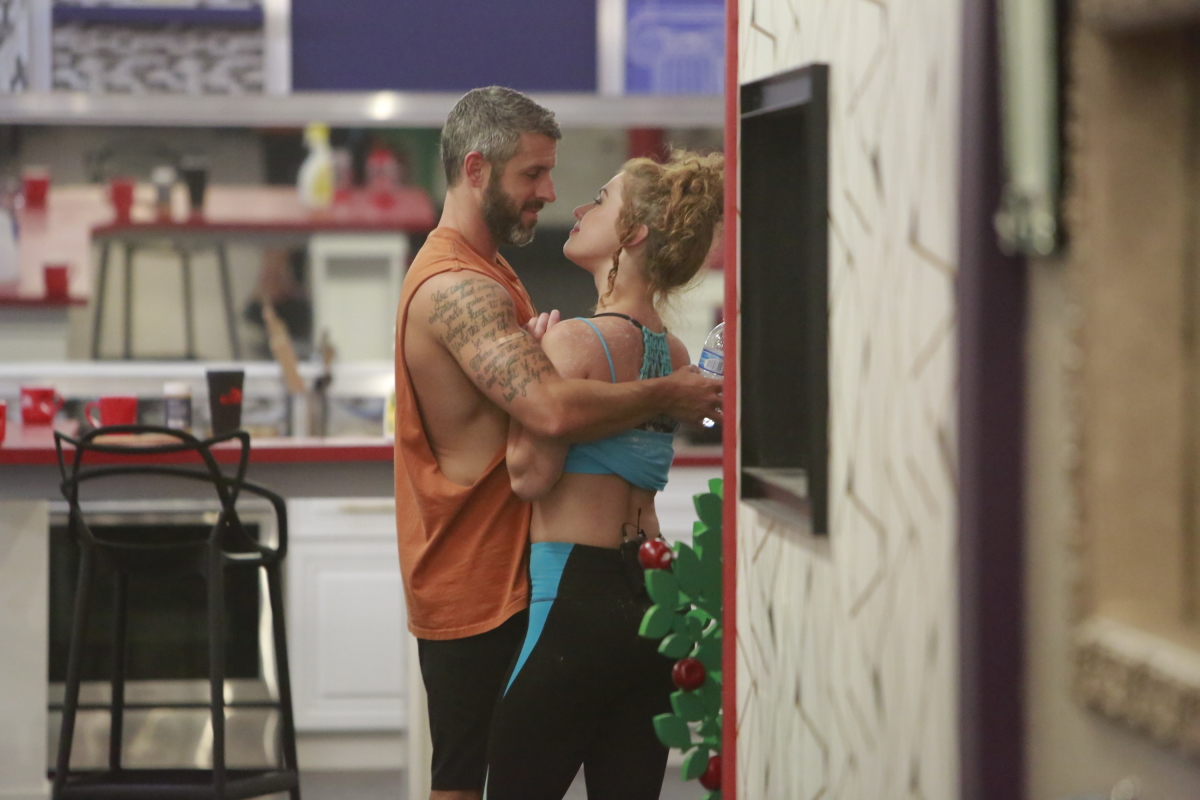 Big Brother 19 spoilers reveal that Josh Martinez found where Matt Clines and Raven Walton are hiding their condom stash. Paul Abrahamian explains (in full detail) a time when he walked in on the happy couple. Kevin Schlehuber reacts by saying, “What would her parents think? GROSS!”

Josh revealed to Paul, Alex Ow, Jason Dent, and Kevin that he found Maven’s secret condom hiding spot. At first, Jason didn’t believe they were “doing it,” but Paul revealed they are definitely hitting the sheets.

Big Brother 19 spoilers indicate that Paul walked in on them once and they screamed at him to “give them a minute.” When he came into the room, Matt was putting on his shirt, and Raven was under the covers pulled up to her neck. When Raven thought Paul wasn’t looking, she put her bra on under the covers and got up. Paul added that Raven’s makeup was running down her face. Jason couldn’t believe anyone would have sex in the Big Brother house with the live feeders watching all the time.

Apparently, that wasn’t the only time either. Josh said there was a time he saw them get busy in the shower. He knew they were by the sounds Raven was making. Kevin couldn’t contain himself and revealed that is gross. He added that he felt bad for her parents.

There’s no telling how her mother will handle this scoop. As of a few days ago, Raven’s mother, Stacy Griffin, believed that Raven has never kissed a boy, let alone had sex with someone she just met 50 some odd days ago.

Ms. Griffin referred to her daughter as being a sweet and innocent little girl. Oh, how she would be shocked to see her in bed with Matt. Of course, she would probably say he forced her or some other ridiculous claim.
The houseguests run to Matt and Raven’s nightstand and open the drawer. Sure enough, it has a box of condoms with several missing. They agreed not to tell Matt and Raven about their conversation, but it will surely be awkward when (if) someone else walks in on them.

WATCH: The Bold And The Beautiful Preview Video Friday August 25

Days of Our Lives Spoilers: Lucas Traumatized, Wakes Up Next to Anjelica’s Dead Body