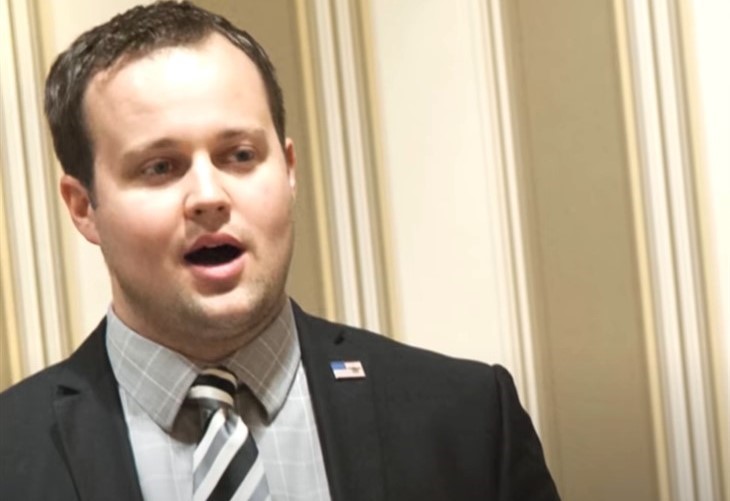 Josh Duggar seemed to have emerged from his scandal years unscathed. Despite child molestation and infidelity allegations to which he confessed, Josh and his wife Anna appeared to live a happy life. But then came the bombshell. Josh faced allegations of downloading and possessing child pornography.

And now a guilty verdict that could result in decades in prison has changed everything. But beyond Josh, others have been impacted by that court ruling. For instance, many wonder what will happen to his father Jim Bob Duggar’s Senate campaign. An insider just gave a revealing answer.

Derick Dillard, husband of Jill Duggar, talked with TMZ about how Josh’s guilty verdict in the child pornography trial could impact Jim Bob Duggar’s political aspirations. Josh’s father initially seemed to believe he could win the State Senate race in Arkansas because of his conservative leaning. But Jim Bob’s son-in-law expressed doubts for several reasons.

What Are Jim Bob Duggar’s Views On Sex Crimes?

Derick believes that Jim Bob has hurt his own odds of winning a state senate seat with his strongly stated public views on sex crimes. For instance, Duggar proposed a new policy when he tried for a U.S. Senate seat in 2002. At that time, Jim Bob revealed what he believed should occur to someone found guilty of raping a woman. Jim Bob “called for executing the perpetrator and keeping the baby alive,” according to TMZ.

And that’s not the only stance that Jim Bob has put on public record. In addition, Derick predicted that his father-in-law would get nailed for other bills that apply to the crimes for which Josh got convicted. For example, in 2001, Josh’s father assisted in sponsoring a bill that sought to expand sex offense categorizes to those “pandering or possessing visual or print medium depicting sexually explicit conduct involving a child.” That bill could result in Jim Bob getting questioned about his son’s conviction when he campaigns, says Derick.

Does Jim Bob Have A Chance At Winning State Senate Race?

Ultimately, Jim Bob could pay the price in lost votes for his past history on the same crimes for which his son got convicted, says his son-in-law. That could particularly turn out to be true if Duggar lightens his stance on sex crimes in the wake of his son’s conviction. But the race isn’t over yet, admitted Derick.

Jim Bob’s “19 Kids And Counting” TV fame plus his automatic name recognition could help him ignore Josh’s infamous history. And that could even result in a win. However, here’s one vote that the Duggar patriarch has already lost. Dillard supports other State Senate candidates, such as Colby Fulfer.

What do you think of Derick Dillard’s comments? Do you believe Jim Bob Duggar still has a chance of winning the State Senate? Share your views with us. And then check back on our site for all the news about the Duggars!