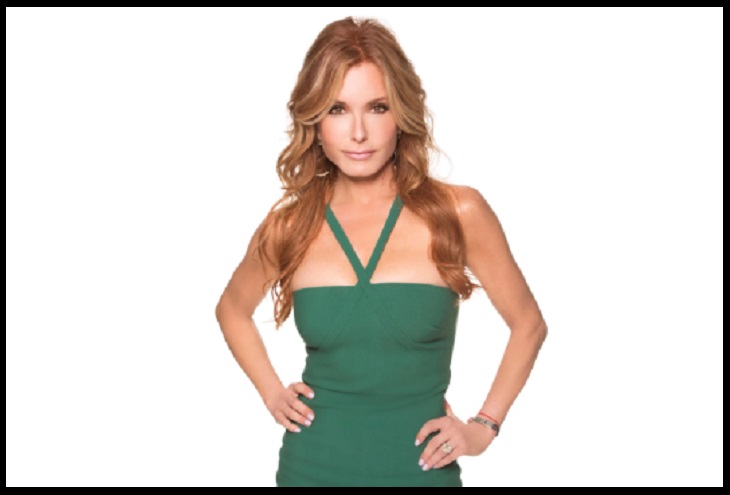 The Young and the Restless star Tracey Bregman is celebrating a new milestone. The blonde beauty turns 55 today! The actress is best known for her role as Lauren Fenmore on the hit CBS soap and on the network’s sister show, The Bold and the Beautiful.

Tracey, who has been a daytime television veteran since 1985, has been a fan favorite for years. She has made it no secret that he absolutely loves her day job and she loves how her character Lauren has been portrayed throughout the years.

Just last year Tracey told Soap Opera Digest in an interview, “I think it’s important to show a powerful woman, someone who is balanced in a relationship and can be just as powerful in business. And she doesn’t have to be a bitch. She’s just strong. She runs this chain of department stores, which is a very hard, all-encompassing job.

Yet she can say, ‘I’m sorry,’ in her relationship, cry on her husband’s shoulder and be feminine, as well.”

Aside from daytime television, Tracey has also starred in a handful of television series and movies. She’s starred in the television movies Low Lifes, Spyder Games, The Family Tree, Gavilan, The Funny Farm and so much more. Many The Young and the Restless viewers would agree that she’s one of the most talented, if not also most beautiful actresses in the industry.

Happy Birthday to Tracey Bregman. It’s without a doubt that fans can’t wait to see more of her, both on and off screen!

The Young and the Restless airs weekdays on the CBS network. Check your local listings for times. In the meantime, let us know your thoughts in our comments section below.