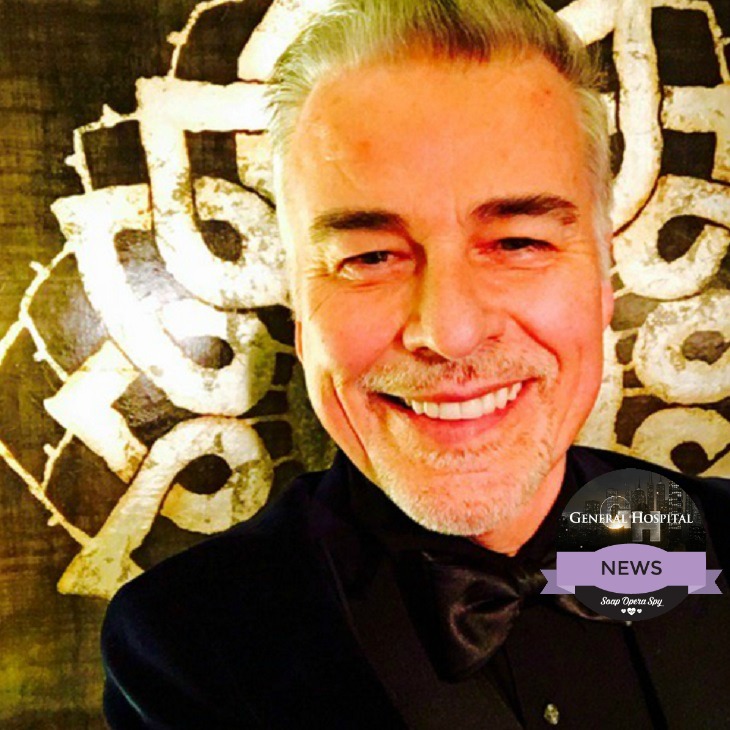 Many viewers are missing Ian Buchanan as their beloved Duke Lavery on ‘General Hospital.’ Duke was shot and killed off by Carlos Rivera (Jeffrey Vincent Parise) last year which led to the cry of several disgruntled fans. We had to watch Anna (Finola Hughes) go through the motions of grieving for Duke, trying to avenge his death and trying to cope after his passing. Though his character on GH may be dead, Buchanan is being acknowledged for work he has done elsewhere. We are pleased to report that Buchanan has won the award for Best Supporting Actor at the United International Film Festival.

The UIFF is one that happens each month, taking place in Hollywood, California. They feature special  includes screenings, conversations, food, tributes, wines and daily or nightly red carpet galas. Several congratulations were tweeted to the former GH star; one in particular which stands out is from writer and filmmaker Sheri Sussman. Sheri is actually the director of the film which Ian won for. She tweeted a photograph of the certificate awarded to Buchanan. 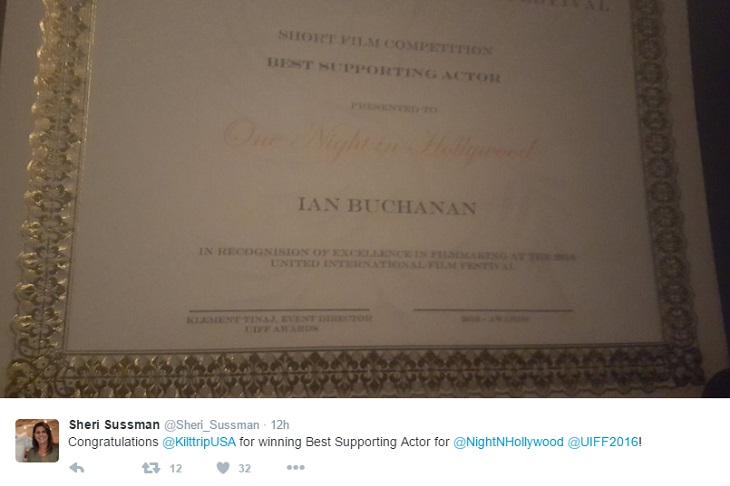 The certificate highlights Ian Buchanan being awarded for Supporting Actor in a short film competition for his role in One Night in Hollywood. One Night in Hollywood is about two film makers trying to find the perfect investors for their film. The film which was released in June of 2015 starred Rick Peters, Markus Reymann, and Kyle Kaminsky, along with Buchanan playing the role of Thomas.

So congratulations goes out to Ian for winning this award, we wish you all the best. So GH fans, be sure to take a moment to congratulate this fantastic actor. We know you are hoping to see Buchanan reprising the role of Duke, what are your thoughts on this? Let us know in the comments below!

‘The Young And The Restless’ News: Alum Thad Luckinbill To Star In New ABC TV Show, Produced By Reese Witherspoon