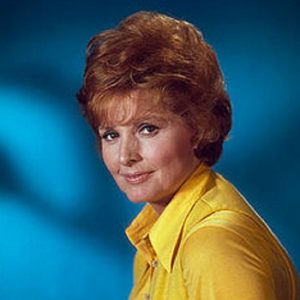 ‘Days of Our Lives’ actress Patricia Barry [Addie Horton Williams] has died. The actress, alum of ‘All My Children’ [Peg English] and ‘Guiding Light’ [Sally Gleason] was 93. She died at her home in Los Angeles.

A publicist for the actress released a statement announcing Ms. Barry’s death on Wednesday, October 12. Born in Davenport, Iowa, Patricia Allen White was the daughter of a doctor. The actress was a star of stage, film and television.

In addition to Barry’s work on soap operas the actress also had roles on primetime dramas, including, ‘The Donna Reed Show,’ Alfred Hitchcock Presents,’ ‘Rawhide,’ ‘Gunsmoke,’ ‘Route 66,’ ‘Perry Mason,’ and many more.

Patricia Barry began a career in the theater during summer stock theater in Peterborough, New Hampshire. In the 1950s Patricia Barry added ‘The Pink Elephant’ and ‘Goodbye Again’ to her Broadway resume.

The actress’s film credits include at least a dozen movies. In 1947 Barry starred in ‘Cry Wolf’ and ‘The Man I Love.’ Between 1948 and 1989 the ‘Days of Our Lives,’ ‘All My Children,’ and ‘Guiding Light’ alum starred in ‘The Undercover Man,’ ‘Kitten with a Whip,’ ‘Send Me No Flowers’ and ‘Twilight Zone: The Movie.’

Acting did not consumer Barry’s life. The actress was a charter member of Women in Film which is a non-profit organization that ensures equal opportunities for women in all forms of global media. Patricia Barry also served on the Board of Directors of the American National Theater and Academy and the John Tracy Clinic.

Patricia Barry is survived by two daughters, Miranda Barry and Stephanie Barry Agnew and two grandchildren. The ‘DOOL’ alum was married to television producer Philip Barry i950 until his death in 1998.