‘The Young and the Restless’ Spoilers for Monday, July 20: Paul Wants Gabe’s Fingerprints, Abby in Car Accident, Stitch Has Feelings for Ashley 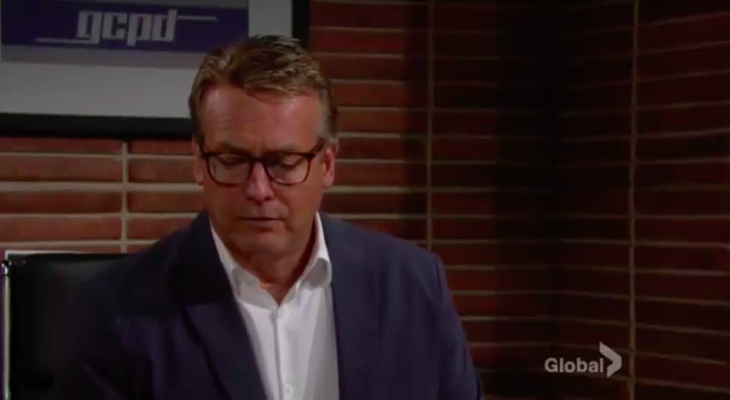 “The Young and the Restless” spoilers for Monday, July 20, tease that big drama is on the way. The episode opens with Victor (Eric Braeden) coming into Paul’s (Doug Davidson) office. Paul explains the situation with the gun that was found in Chelsea’s (Melissa Claire Egan) penthouse. Nikki (Melody Thomas Scott) is sorry she doubted Victor’s innocence, but Paul isn’t so sure this proves anything. Christine (Laralee Bell) is still pursuing the case. Nikki asks for Victor’s forgiveness while Michael (Christian LeBlanc) talks to Paul. Victor is released on bail.

At Chelsea’s place, Adam (Justin Hartley) insists he didn’t put the gun there. Chelsea is wary of trusting Adam since he’s lied so much. Adam wishes her a happy anniversary. They reminisce, but Chelsea insists that things are different. Adam gets Chelsea to admit that she’ll always love him. Paul calls them to the police station. At the athletic club, Billy (Burgess Jenkins) urges Neil (Kristoff St. John) to join in the fight to bring Gabriel (Justin Hartley) down. Neil confesses that revenge would be nice, but he wants to stay out of it.

Avery (Jessica Collins) tells Phyllis (Gina Tognoni) about nearly shooting Joe (Scott Elrod) and says she’s leaving town. Meanwhile, Ashley (Eileen Davidson) and Stitch (Sean Carrigan) get upset when they learn Abby (Melissa Ordway) was in an accident with the executive she was riding with. The exec says he lost control at the wheel because Abby got frisky. Abby insists that wasn’t the case and she boasts that she closed the deal. Ashley scolds Abby for what turned out to be a very dangerous business strategy. Abby gets into a hospital bed and tries to explain the situation to Stitch.

As Nikki and Victor leave the police station, Chelsea and Gabriel arrive. They get into an argument until Paul calls for Chelsea and Gabe. In Paul’s office, Gabriel defends his innocence. Paul says there’s a partial fingerprint on the gun and Gabe can clear himself if he gives his prints. Gabriel refuses on the grounds that Victor might’ve put his prints on it. “The Young and the Restless” viewers will be anxious to see how long Adam can hold Paul off.

Back at the hospital, Avery hugs Phyllis goodbye. Michael is there and he indicates that Avery should do whatever it takes to heal. Nick (Joshua Morrow) and Victoria (Amelia Heinle) show up to see Abby. Victor isn’t far behind. Victor is pleased with the news that Nick and Victoria are working together to take the company back. Phyllis spots Victor and flies into a rage. Billy arrives in Abby’s room and he isn’t happy with the deal she got. In another area, Stitch admits he can’t get Ashley off his mind.

After a chat with Neil, Nikki suddenly remembers the fingerprint file Victor had months ago. Nikki realizes Victor has been planning this setup for a long time. Victoria urges her to keep quiet, but Nikki gives Paul updates on what she knows. Neil praises Nikki’s honesty. At the park, Avery talks about Nick and Dylan (Steve Burton) having children with other women. Avery says she’s happy for them, but she has to leave Genoa City. They share a warm embrace.

At Newman-Abbott, Chelsea freaks about the fingerprints. If “Gabriel” gives his prints, they’ll be a match for Adam Newman. Adam hints that it sounds like Chelsea cares about him. Chelsea says loving him is too painful and she can’t live her life in fear like this. Victor storms in and demands that Gabe get out of his office chair. Y&R rumors hint that a huge feud is brewing. Stick with the “The Young and the Restless” to watch the sparks fly.

So Y&R fans, what do you think about Stitch’s feelings for Ashley? Will Adam be able to wiggle out of his jam? Will Nikki’s admission prove to be a major obstacle for Victor? Let us know what you think in the comments below and don’t forget to check Soap Opera Spy tomorrow for the latest “Young and the Restless” spoilers, rumors, updates and news.

‘Days of Our Lives’ Spoilers: Brady Rips Into Xander for Nearly Killing Eric and Nicole – Paul Grows Closer to His New Family